How to fuel the debate about the city?
Two conferences and four workshops address this question,

On 5th and 6th December, Urban Lab (ex Urban Center Metropolitano) presents the international conference Urban Agencies. How to fuel the debate about the city? at Toolbox Coworking in via Agostino da Montefeltro 2.
This meeting is part of the initiatives promoted over the last two years by EUCANET, the European Agencies Network (link to the project page), co-funded by the Europe for Citizens Programme of the European Union. The partners involved are five from four EU countries: Italy with Urban Lab (ex Urban Center Metropolitano of Torino) – as project leader – and Fondazione per l’Innovazione Urbana (Foundation for Urban Innovation) of Bologna; the City of Marseille from France; the City of Skopje from the Republic of Macedonia and the Cluj Napoca Metropolitan Area (CMA) from Romania.

Based on the Pact of Amsterdam – the Urban Agenda for the EU – EUCANET aims at exploring how urban agencies can be effective instruments to promote a larger civic engagement, by triggering processes which consider local communities as the main target of urban policies and enhancing the creation (and co-creation) of common goods and services.

s aimed at creating a European network of urban agencies with the goal to promote a larger civic involvement in the urban debate and in the decision-making processes, and the strengthening of the links between public authorities, civil society, local institutions, social and economic stakeholders

AFTER THE CITY. THE CHALLENGES OF GLOBAL URBANIZATION. A TALK WITH LARS LERUP

//THE PACT OF AMSTERDAM: THE URBAN AGENDA FOR THE EU

Coordinator of the campaign #cities4europe

at 9.30am
@ Toolbox Coworking
Via A. da Montefeltro, Torino

//LAB AIR: HOW TO COMMUNICATE AIR QUALITY IN URBAN AREAS

//GRASSROOTS ACTIONS FOR AN ACTIVE CITIZENSHIP

at 2.30pm
@ Toolbox Coworking
Via A. da Montefeltro, Torino

//THE ROLE OF LIVING LABS IN URBAN REGENERATION THROUGH CULTURAL HERITAGE

at 9.30am
@ Toolbox Coworking
Via A. da Montefeltro, Torino

at 2.30pm
@ Toolbox Coworking
Via A. da Montefeltro, Torino 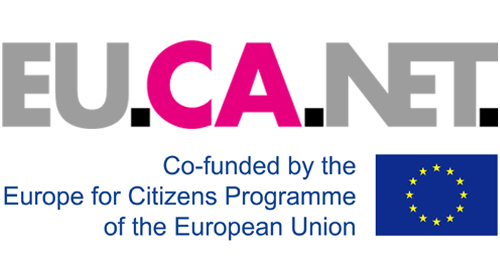